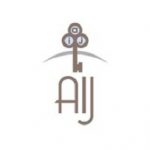 Discussion:
As we found in the literature, there is a concern among employers with hiring employees who have an online accounting education. In support of our research questions, we found that 41.6% of the respondents did indicate that an accounting degree from an online university would impact their decision to hire an applicant. As expected, age had a significant impact on an employer’s intention to hire an applicant. However, gender, education level, employment position, and industry did not have a significant impact on the employer’s perception toward online accounting degrees. The integrity of online courses was the first concern ranked by participants. Of the 229 responses, 68.2% indicated that this was their major concern. However, 31.77% of the survey respondents indicated that QM would change their perception of online learning in the context of online accounting education. QM not only recommends and builds in methods of protection of integrity in online courses, but it also addresses teacher training which is a concern of 31.8% of the respondents. In response to these concerns, an expert in online education and QM was asked to identify how current pedagogy is addressing employers’ concerns. She agreed that it is easy to imagine the sense of security or freedom that an online class might provide for a student who wants to cheat. Without a doubt, online students have used resources they should not have used and even had other people take their classes for them in the past. However, technology exists to solve problems, including the problems it creates itself, so it seems naive to imagine that such a blatant problem would go unaddressed for long. The existence of a problem in the past is no indicator for that problem in the present or future; rather, it is an indicator that the appropriate tools should be found and used to prevent such a problem. Several companies have addressed issues of cheating in online classes. With regards to tests, three leading companies are Respondus, Proctor U, and Examity. Each of these prevent the use of other tabs, windows, programs, and various features (such as print, screen share, etc.) on the computer on which the test is being taken, and they each use video software to proctor the student while the test is in session.