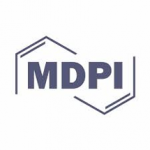 Conclusions:
In today’s highly competitive world, managers make a major difference because they directly influence human resources and knowledge sources, striving to gain SCAs in the new economy. For the world of performance-driven organizations, it has become imperative to gain sustainable competitive advantages by focusing on human resources, pushing them to organizational innovation and leveraging knowledge management processes. Hence, these managerial variables (KM, SHRM, OI and SCA) are gaining increasing importance among practicing managers all over the world. The aim of this research was to investigate the effect of KM and SHRM on SCA in Jordanian universities with an assessment of the mediating role of OI upon this relationship. The results of this study, which demonstrated the importance of the relationship of these variables within the Jordanian university system, provide an understanding of how SHRM implementations and KM combined with OI can significantly contribute to achieving an SCA within a university system, as well as an evaluation of ideas about academic constraints. Achieving an SCA needs the support of SHRM implementations over the development of human experience with the basic values of the organization. In the same way, different KM processes are important for an organization to achieve an SCA, because these knowledge activities are aimed at bringing about change and development and achieving competitive advantages and advancements in the performance of organizations. The study’s main finding revealed that there is a partial and indirect mediation relationship for the mediating variable (OI) on the direct relationship between KM and SHRM and the achievement of SCA of organizations, because SHRM needs integration with KM and synergy with OI, which contributes to the development and adoption of a new idea, behavior or processes in the management. This will improve the relationship between the organization and its external factors, allow the organization to develop its valuable capital, and create value for the organization; thus, it can be seen as a source of SCA. In the end, because the main goal of various exploratory studies in the social and administrative sciences is to produce knowledge that can be generalized to society and beyond the particulars of time, place, and methodology, the researchers have verified the external validity of their findings which, as Mahdi and Almsafir [155] as well as Yin [156] indicated, is the extent to which stakeholders agree/disagree with the researchers’ findings, to what extent the empirical measures accurately reflect theoretical constructs, whether the research preparation corresponds to the scope of the theory under test, how confident we are in replicating the results under similar conditions, and whether the results support the theories that are tested. The researchers shared the results and a draft copy of the manuscript with a group of workers of public and private universities in the Kingdom of Jordan. The workers were asked to express their opinion on the reliability and realism of the research findings. All officials expressed their satisfaction with the research and its results, and stressed the importance of achieving sustainable competitive advantages in organizations by focusing on human resources and pushing them to innovate and benefit from knowledge management processes; therefore, there was no need for the researchers to conduct any modification or central changes, and the researchers were given confidence that their results are generalizable to various Jordanian universities.