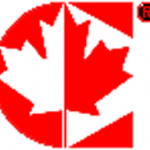 Conclusion:
According to Mark Driver, Research Vice President of Gartner, at least 80% of commercial software packages will contain open-source code (Brodkin, 2007). The expansion of open source software especially Open-Source ERP systems continue to grow in all areas. Several major firms in IT industry (such as IBM, HP, Dell, Google, etc.) support the development of open source software. Open source software have upset all the IT industry to the point that the majority of companies in the computer industry were obligated to follow by adapting their business models to the ERP Open Source systems. The ERP sector was upset recently by the emergence of the open ERP sources co-developed by the open source communities and other actors (for instance, IT firms and other private companies considered as editors). Dahlander and Magnusson (2005) had found three types relations between private companies and the free communities, namely the symbiosis, the commensal, and parasite relationships. In this study, we investigated the relationships between these stakeholders that support free software; in other words, the relations between ERP open source editors and their partners (IT companies). Through a case study, we found that many partners working with the ERP open source editors are exposed to several risks that could impede the continuity of a deal. This include the risk of bifurcation, risk of opportunistic behavior, risk of conflict, risk of absorption, risk of non-appropriation, and risk of divergence of objectives and vision (see figure 1). This research has several limitations. One of the limitations conies from the methodological approach used: a case study approach. However, each method has its advantages and disadvantages, and the case study is no exception. is more limited than the generalization's investigations. Hence, these results supported by three cases of partnership relations, cannot be generalized as relationships between ERP open source editors and their partners.