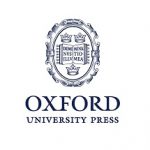 Conclusion:
The aim of this article has been to highlight how current academic thinking is increasingly at odds with the predominant perspective of entrepreneurship in public policy, which almost exclusively assumes it is a positive thing. The value of entrepreneurs has become such a part of the cultural zeitgeist that to ask for evidence, or even question the robustness of that evidence, has become the height of political incorrectness. However, weighing up the evidence, it seems that both the impact of entrepreneurship on the economy and the relative performance of entrepreneurial firms compared with established incumbents are often weak. It seems to be negative for wage levels; remuneration levels; remuneration volatility; benefits; number/frequency of patents; new products and technologies; percent of radical innovations; importance of innovations; adoption of innovation; labor productivity; and total factor productivity (see also van Praag and Versloot, 2007). It is robustly positive for happiness and job satisfaction and for job creation in the first year. However, this latter finding is positive by construction, and care must be taken when interpreting it, as it is consistent with market entry being excessive, new firm formation generating employment churn, and decreasing market entry leading to increases in total employment. Start-ups have higher growth of value added, growth of labor productivity, and growth of total factor productivity, but this is for the simple reason that they start off with much lower performance (i.e., higher rates of change reflecting lower not higher starting levels). The evidence certainly supports the view that some new market entrants have a positive influence on the economy, but it is at odds with the widely held policy view of the uniquely positive impact of entrepreneurs. Demand for this view emerged in the 1970s, and its roots go back to a small group of European intellectuals working outside the mainstream in the 1950s who in turn had their intellectual roots in the political thought of 1930s central Europe. Entrepreneurs as a political category emerged from postwar attempts to find ways of avoiding active government, and these roots continue to influence the subject even now. For example, Kirzner, reviewing the literature in 1997 nearly a decade after the Berlin Wall fell, still contrasted entrepreneurship against socialist central planning (Kirzner, 1997: 77ff). Given that it is unlikely that many readers of the Journal of Economic Literature regarded central planning as a viable economic model in 1997, it illustrates how much Vienna’s tumultuous history still influences academic thinking.