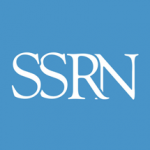 THE INCORRECT BELIEF THAT CURRENTLY WORRIES ME THE MOST:
How many researchers have sent a list of their most extreme “discretionary” accrual behavior to the firms’ auditors, to the press, to analysts, to boards or to regulators? If a researcher has reliable evidence of financial statement manipulation, is there not a moral obligation to inform the parties affected by it as well as those responsible for acting on it? Wouldn’t the researcher also gain much fame for uncovering egregious financial reporting behavior, as occurred in the 2005 options backdating scandal?5 To me, the near total absence of such behavior is a litmus test of whether researchers really believe the numbers they report. One aspect of this literature that I personally find particularly galling is the frequency with which a paper’s results can be explained equally well by what I refer to as a plausible economic null hypothesis. By that I mean the following. The generic structure of an “earnings management” story involves some sort of agency theory. The cost to managers (as agents) of manipulating reported numbers in their self interest is lower than the cost to shareholders (as principals) to detect and correct for the manipulation, and these relative costs together determine the equilibrium amount of “cooking the books.” The economic null hypothesis therefore is the absence of agency costs, in which case manipulation is perfectly detected and managers obviously would have nothing to gain by it. In study after study, an explanation of the results that does not involve manipulation is at least equally plausible.