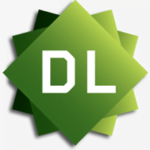 CONCLUSIONS:
This study indicates that human-automation teamwork is central to the respondents’ view of increased automation. Automation as a safety net was seen as a benefit, whereas ATCOs as a backup system was seen as a hazard. The analysis suggests that this change of roles could be associated with the fear of safety loss. ATCOs feared deskilling of operational skills and being out-of-the-loop as their work tasks would be to only monitor the situation and backup the automation when the automation is unable to manage the situation, i.e. a form of a one-way performance monitoring instead of having mutual performance monitoring which the ATCOs ranked as one of the most important teamwork factors for human-automation teamwork. The fact that this view is present in the ATM community, with its outstanding safety record, should be a wake-up call for the control system design community. It was also found that ATCOs valued certain human-automation teamwork factors to the same extent as human-human teamwork factors. One way forward could be to break out of the role of humans as a backup when automation fails. This role division is particularly ironic since automation is sometimes introduced to reduce errors from human failures. The results in the present study suggest that these roles become particularly troublesome if automation extends to carry out tasks, rather than providing a stronger basis for decision-making. Based on the analysis it is suggested to establish design approaches that include teamwork aspects such as adaptability or mutual performance monitoring.