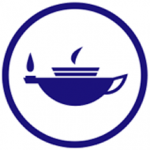 CONCLUSION:
The discourse of entrepreneurship has become part of the discourse of managerialism. As such, those who are attracted towards the concept find that it supports the notion that managers should be allowed the freedom to manage (particularly embraced by those brought into the public services from the private sector) and be given discretion. It may also legitimate a public service acting in a commercial way defining itself as anti-bureaucracy, innovative and risk-taking. We have argued that whilst examples of innovation, seeking new commercial opportunities, bending the rules or other activities as identified by, for example, Osborne and Gaebler,[2] undoubtedly exist throughout the world, the notion of entrepreneurship as a style of government may be peculiar to a small number of western, developed, capitalist countries. Whether the concept will take hold elsewhere will depend upon the legitimating role, and authority, of those organisations that seek to develop perceived examples of best practice world-wide e.g., OECD. Yet, public entrepreneurship is a contested concept both domestically and internationally. It is contested both in terms of its application to all parts of the public service and in terms of its application to all public services. For convergence to occur, entrepreneurship needs to move beyond the level of discourse and to become an acceptable way of doing public service business. This will partly depend upon the extent to which entrepreneurship is considered to be an acceptable way of doing business generally. We have suggested that the concept of management is given different meanings in different countries and this will shape the extent to which entrepreneurial behaviour is deemed a legitimate role for public services management.