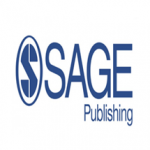 Conclusions and Implications:
In this paper, we first outlined how business growth is typically studied and pointed at some difficulties involved when studying growth. In the subsequent quantitative and qualitative study we then problematized the gap that exists between how growth is discussed and measured in entrepreneurship studies and how it is perceived by entrepreneurs themselves. As entrepreneurship is a practitioner-oriented field, we believe that this gap matters. Presently, entrepreneurs—as the enactors of business growth—are not given the central role they deserve, though they decide whether to grow their businesses or not. Instead, entrepreneurship research largely takes the major interest in those outcome measures which can be most easily assessed and operationalized, while the public and political expectation on entrepreneurs is limited to increasing the number of employees. As a result, the multidimensionality and complexity of growth processes are hardly captured, and the relevance of growth as internal development, leading to an increase in company value, has not found much scholarly or policy attention so far. Internal development appears to be an important indicator for entrepreneurs that their businesses are in fact growing and that their efforts are paying off. Internal development can be constituted of many different activities, which are often related to developing the range and quality of products, developing the resource base, and building a stronger organization, including an efficient work organization. This could, e.g., be measured by obtaining certification according to ISO standards or by the number of hours spent on staff qualification activities. In the eyes of entrepreneurs, internal development appears to be directly related to value generation—e.g., the development of intellectual property, which could be measured in numbers of patents, directly increases the company’s value on the market.