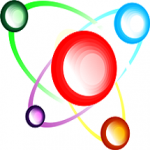 Conclusion:
For Treviño (p. 15) in Mexico, “hundreds of PPP projects (perhaps thousands […]) have been started up at all three levels of government” since before the Law took effect, “([…] but accounting for them is very difficult because of the sovereign nature of federal states and the autonomy of municipalities).” In fact, Mexico was the first country in Latin America to use PPP in infrastructure. At the end of the 1980s, three highway concession projects were registered. Over the past ten years, Mexico has increased the amount of its debt and it is not immediately clear where the resources have been allocated. However, it would seem that in applying them, the government “does not have the appropriate studies to carry out”5 the projects, meaning the projects that are executed lack sufficient and necessary information to make the investment, which encourages an increase in debt over the course of several years, with no opportunity to monitor the application of the investments made in prior periods. According to the IMF, the PPP scheme can attenuate expenditure and controls, shift public investment to off-budget accounts, and debt to off-balance government accounts. In this situation, the State may have to bear the brunt of the risks involved in the PPPs and may face considerable fiscal costs in the medium or long term. It is imperative that the government reveals the processes for selecting and implementing PPP projects, explains the role of the SHCP with regard to the project, and circumscribes the fiscal risk posed to government public finances, because the cost of financing and the necessary guarantees is often borne by the taxpayer. This being the case, the government and public entities involved in the PPP project should establish a goal of achieving transparency and accountability, and this is only possible if they have orderly, clear and sufficient fiscal and budget accounting that is complete enough to supply the information needed to evaluate all of the fiscal risk. For the IMF, until a broad-based, comprehensive international accounting standard is developed for PPP, there is a substantial risk that in the design of these partnerships, efficacy and efficiency are sacrificed to other considerations. This thwarts the purpose of using PPP to increase efficiency, and it also serves to dissemble the medium- and long-term consequences that many PPP have for public finances. Mexico carried out three test projects with apparent success. The positive results inspired the new government of then-president Carlos Salinas de Gortari to develop a program to build more than 4,000 km of concession highways starting in 1989.