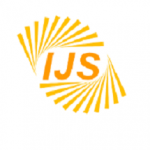 CONCLUSIONS:
Iran’s oil and gas sector remains critical to the country’s economic prospects. Its future depends not only on whether, and how quickly, sanctions are removed, but also on the terms that Iran is prepared to offer to the international oil companies (IOCs). Latterly, the low oil-price environment may mean that the sector’s appeal to investors is diminished, even if sanctions are revoked. Iran has struggled to attract investors. In the 1990s attempts to secure international investment were ineffective because of the unfavorable terms on offer to IOCs and the operational problems that arose as the sector became increasingly politicized and less well organized. The current administration under President Hassan Rouhani is echoing opinions from that era on the need to increase the involvement of the private sector in the economy, although it is unclear how seriously such statements should be taken. Iran is in severe need of the technology and capital that would be available from IOCs for its oil and gas sector. Yet, while there has been much hype from the Iranian side about the high level of interest, the IOCs are only likely to be interested if the terms are advantageous. Iran’s readmission to the global banking system and payment network such as SWIFT will drive down the cost of imports since Iranian businesses have not had access to letters of credit and have had to pay up front in full for imports. The International Monetary Fund (IMF) estimates that ending such restrictions could add up to a percentage point to annual growth. In the post-sanction regime, Iran could witness a major recovery in its oil and gas sector. According to the Economist Intelligence Unit (EIU), Iran has 157 billion barrels of oil in proven reserves (the fourth largest in the world). According to the International Energy Agency, about 38 million barrels of oil are in Iran’s floating reserves and could immediately enter the market. Iran is hoping to increase total exports to around 2.5 million barrels a day later this year and has stated that oil and condensate exports have already hit 1.75 million barrels per day. At current prices (approximately $40 per barrel in March 2016), the lifting of energy sanctions means Iran could increase its revenue from oil exports by $10 billion by next year.