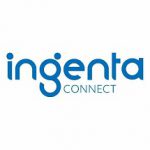 OVERVIEW OF THE ISSUE:
If PhilTech and ME have these fundamental viewpoints and aims in common, the articulation of those shared interests may benefit both. In this issue we bring together authors who work and feel at home within both traditions, or who highlight, sometimes on a more intuitive base, possible gateways for mutual rapprochement, for a meeting. There is a logic to the order of the articles that follow. Throughout the five original contributions, one can see the argument evolving from undiluted, rigorous methodological-disciplinary analysis towards innovative, no-holds-barred philosophical speculation. At the same time, there is also a progression from rather abstract, meta-disciplinary considerations to rather specific, real-world applications. Laureano Ralón starts off, delivering one of the most thorough comparative analyses of PhilTech and ME available in print up until now. In the first part of his paper, he works out a detailed theoretical reflection, which serves as a preamble to the discourse analysis developed in the second part, in turn based upon the rich depository of research material that is the online scholarly interview website Figure/Ground – which he himself established in 2009. The results are highly interesting, laying bare as they do some of the fault lines of the mutual neglect that ME and PhilTech may have nourished towards each other – a neglect that is now, especially with what Ralón terms secondgeneration philosophers of technology, gradually evaporating. Demonstrating exactly such a tearing down of walls, Paul Grosswiler engages with Peter-Paul Verbeek’s perspective on ‘moralizing technology’, comparing it to McLuhan’s deliberately non-moral stance. Grosswiler’s analysis shows how complementary both actually are, but also points out a difference: Verbeek indicates more than McLuhan that morality can (and should) be designed.