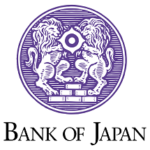 Conclusion:
This paper investigated the role played by monetary-fiscal policy interaction in the behavior of inflation in Japan, focusing in particular on the prolonged deflation observed in Japan. We found that Japan’s policy regime during the period was characterized by the combination of passive monetary (PM) and passive fiscal (PF) policy and that this played a substantial role in propagating negative demand shocks, leading to prolonged deflation. In addition, we found that the extent to which agents believe that the AM/PF regime remains in place is also key in stabilizing the economy in the wake of negative demand shocks and, in particular, in pushing up inflation. However, an important issue remains for future analysis. This paper assumes that the probabilities of transition from one policy regime to another are time-invariant. That is, it is assumed that agents’ beliefs about the policy do not change over time. However, it may be reasonable to assume that agents’ beliefs evolve based on events . For instance, observing that the Bank of Japan has started to respond strongly to inflation, agents may have become more confident that the AM regime will remain in place. Agents may therefore have updated their beliefs and started to assign a higher probability to being in the AM regime in the future. Therefore, an interesting task for the future is to endogenize how agents update their beliefs regarding the policy response and to examine the macroeconomic consequences of dynamic changes in agents’ beliefs.