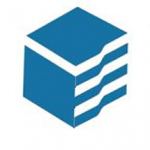 Organizational Citizenship Behavior:
According to Organ (1988), OCB is defined as "individual behavior that is discretionary, not directly or explicitly recognized by the formal reward system, and that in the aggregate promotes the effective functioning of the organization". Although this kind of behavior makes organizational successful and effective but such behavior is not much rewarded and recognized by the top management (Organ, 1988). Shore, Barkdale & Shore (1995) and Chen, Hui & Sego (1998) described about that employees who show full willingness to be involved in the goals of the organization reflects true citizenship behavior. If employees perform their work unwillingly then it reflects negative attitude and the employees are considered to be less interested in their job. As a result it may be expected that they will quit job in near future. Supporting behavior encompasses voluntarily supporting others and taking all preventing measures before the occurrence of problems. In meta-analysis, Podsakoff, MacKenzie, Paine & Bachrach (2000) explained that helping behavior increases moral cohesiveness and belonging sense of a team which results into high performance and low turnover inside the organization. It describes that OCB has negative relationship with the turnover intentions of the employees.
Organizational Commitment:
Organizational commitment has three facets: affective commitment”, “continuous commitment and “normative commitment” (Meyer & Allen 1997). Affective commitment tells an employee’s personal attachment and identification to the organization which reflects a strong belief in the values and goals of organization. “Continuous commitment” is the individual’s perception of the costs connected with leaving the job in the organization. “Normative commitment” is the exhibition of employees’ behavior at individual level since they consider that it is moral and right thing to do. Under this study we focused on merely “affective” and “continuous commitment”, as recommended by King and Sethi (1997).